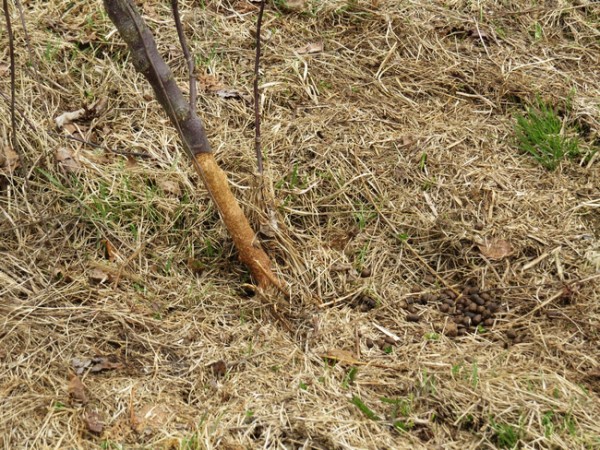 Hello everyone, with temps around 80 degrees, it’s going to feel like summer. I sure hope we don’t skip spring. I’ve noticed a wide variety of plants that are beginning to flower. Things are certainly waking up here in the mountains. In the December issue of Appalachian Country Living I wrote an article titled, Moles: Better Than Having Voles? If you missed that article, I would encourage you to go to the Appalachian Country Living web site and view it in the archives.

There is a big difference between moles and voles, they are not one in the same, as many think. For those of us who desire to have nice lawns, moles can be a big nuisance, but voles can actually cause damage. While moles are insectivores – they eat worms, grubs and insects– voles are rodents that eat roots, tubers and will even eat bark, girdling your tress and seedlings, killing your plants.

The purpose of this article is to help us become more familiar with voles. The season has just barely begun, and I’ve already received a call from a customer who has vole problems. Of course he thought moles were the problem. Moles undeservingly get a bad rap, so identifying the culprit is the first step in proper treatment, if a treatment option even exists.

So what is a vole? One of the most common vole is the Meadow Vole, Microtus pennsylvanicus. We also have the Pine Vole, Microtus pinetorium. Voles are small rodents that resemble a mouse, however there are some notable differences between the two. Voles have stouter bodies, their tails are short and hairy, their heads are slightly rounder and they have smaller eyes and ears than the common field mouse. While there are 23 species of voles in the U.S., only a few cause economic damage. Voles range in size from 5-8 inches and typically have brown to yellow-brown fur. They spend most of their time in underground burrows and, like mice, reproduce quickly. Along with tunneling through your lawns, they also damage your plants.

So we’ve identified a problem, now how do we control them? That’s a good question. There are a variety of products available to the homeowner to combat voles ranging from repellents, toxicants, fumigants and other frightening products that may harm you and the environment. Traps can be effective but there are also cultural methods to help control voles. Mowing your lawn regularly and removing excessive mulch and weeds from your landscape beds will help. Keeping mulch and weeds at least 3 feet away from the base of trees will deter them from stripping the bark. These environmentally approaches help reduce the capacity of the area to support voles.

When it comes down to it, voles are very difficult to control. This spring if you notice there has been activity in your mulch, and something has eaten the roots of your plants, very likely you have voles. Now you see why they are a pesky problem, good luck!

EDITOR’S NOTE: Please check with local and state laws before trapping or using poison baits for vole control. Some states require permits or it may be illegal to trap or use poison baits to kill animals. Catching, transporting and releasing wild animals is also illegal in some states.