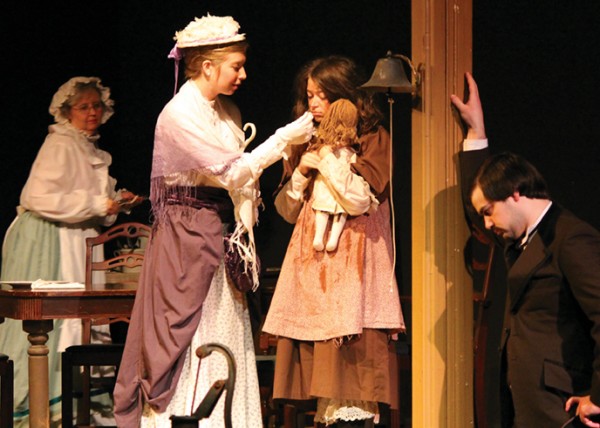 Tater Patch Players has been part of the Pickens County community since its founding in 1977. Now in a cozy, audience-friendly theater, the troupe produces a solid season of 5 major productions per year. They also have special performances, host visiting artists and show movies during the year. They round out 2015 with “It’s A Wonderful Life: A Radio Play on the Stage”, which combines the family friendly warmth of the original story with a nostalgic peek into a 1946 radio studio. For 2016, they promise “A Year of Laughs” with five comedies, ranging from titillating farces to thoughtful amusements.

The participants in the all-volunteer Tater Patch Players represent a wide range of ages and interests. Diverse members of the community come together to put on professional-quality plays for audience members from across the North Georgia area. Whenever there is a stage performance, a group of people — the audience and performers — gather in a theater for a couple of hours and share in an event that may be beautiful, funny, moving, thought-provoking, or, at least, diverting. In an age when most of our communication happens in front of a screen, the participants in Tater Patch think that this “gathering” function of theatre is, in and of itself, something that matters, both for the audience and the cast and crew.

The troupe is planning to expand into theater education for youth in the coming year, with a workshop for actors age 10 and up. They also plan to host workshops for directors, stage managers and other “behind the scenes” folks who make up the important parts of any theater production. Tater Patch Players is also working with other troupes in the area in a collaborative way to bring more live theater to their audiences. Arts give spice and variety to the community and Tater Patch Players is a vital part of the North Georgia arts community. They invite everyone to come to one of their productions or to contact them and learn more about the variety of ways they can get involved in the world of theater.