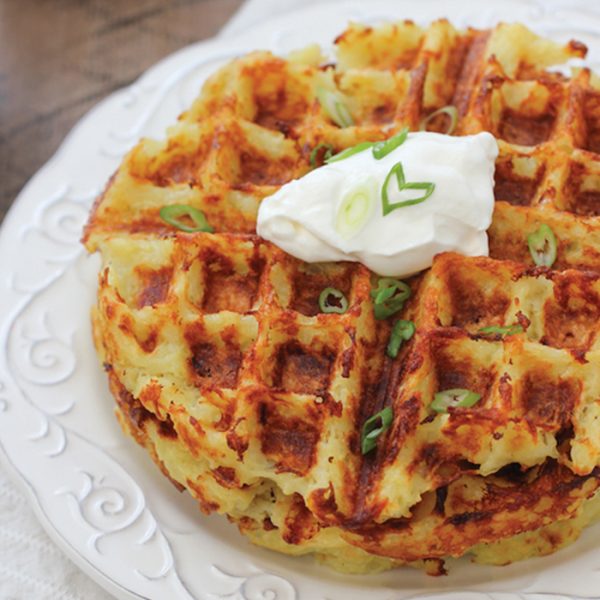 These potato waffles taste very similar to potato pancakes or latkes but are thicker and have a crisp, golden crust that the waffle maker creates.

oil, to brush on the waffle iron

Note: You can also add grated cheese, cubed ham, sausage, cooked bacon, green onions or other herbs to the potatoes for added flavor and texture.