Ode to the Potato: Built for Comfort. 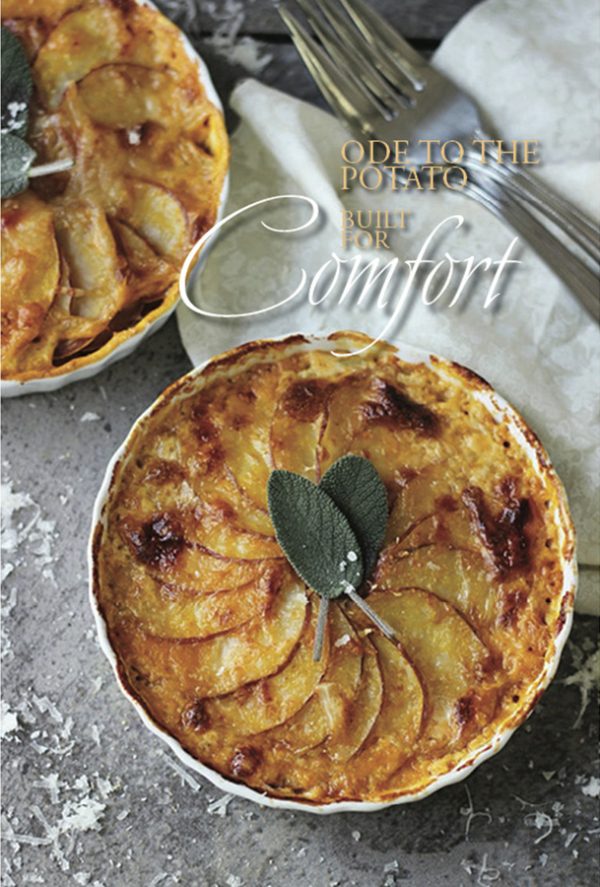 Charles Darwin’s famous voyage on the HMS Beagle led him around the world on a collecting journey that culminated in his theory of evolution. In 1835, the Beagle traveled to the island of Chiloé, and there, Darwin ‘discovered’ and sent potatoes back to England.

“It is remarkable that the same plant should be found on the sterile mountains of central Chile, where a drop of rain does not fall for more than six months, and within the damp forests of the southern islands. From what we know of the habit of the potato, this latter situation would appear more congenial than the former, as its birthplace.”

An enduring staple in our cupboards, the potato has much more to offer than daily sustenance: potassium, vitamin C, B6 and Iron plus a good amount of Fiber.

But maybe more important is the comfort provided on a gray chilly day. Cozy up to the fire and enjoy the comfort of Amazing Potato.