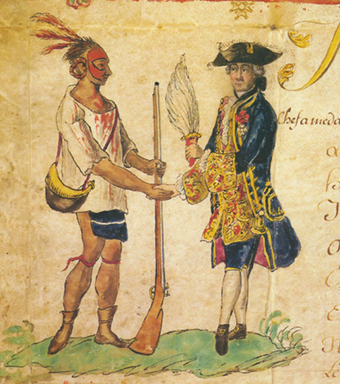 Many of us have Scottish or Irish ancestry. The term Scotch-Irish was coined by Americans and is seldom seen in British histories. The Scotch had first migrated to Ireland for better economic opportunities. They may have migrated to these Americas in the sixteenth or seventeenth centuries because of food shortages in their homeland. However, that isn’t the whole story, and unless the family stories are passed down, you probably wonder how they got here.

Between 1608 and 1698, 200,000 Scottish Presbyterians had settled in Ireland. Some of the English-born settlers to Ireland of this period were also Presbyterians. When King Charles the 1st attempted to force these Presbyterians into the Church of England in the 1630s, many chose migration to North America because the religious freedom was much greater. By 1850 few, if any Irish admitted to Scottish ancestry.

About 1730, the territory of Georgia was under British rule. Oglethorpe had solicited some 300 Scottish Highlanders and Germans to come and serve as farmer-soldiers on the frontiers against the Spaniards and Indians. At the time, General James Oglethorpe had allied with the various Indians of coastal Georgia. War broke out with Spanish Florida in 1739 with disastrous results. In 1742 the Spanish retaliated, however Oglethorpe found enough common ground to negotiate a settlement and for a time peace reigned.

A description of the Scottish Highlanders that came to America was enlightening as to their character and the reasoning they adapted so completely to the Indian tribal culture. In most books studied, the connectiveness of the Celtic Cultures of the Scottish Highlanders lie mainly in the southeastern states. There is a parallel nature between the Indian culture and Highlander’s complexity with few differences. We have often seen descriptions of a people who were savages, lawless, primitive, warlike, vengeful and in need of improvement. This is how the Northern Irelanders were described. Tribal peoples who fit perfectly into the atmosphere of the southern Indians and were accepted by them as perhaps ancestral to their own tribes.

The similarities are astounding when one thinks about how both nations would tell their stories in song before written language came about for the Indians. Both believed in shape shifters and that the animals and trees communicated with humans. Birds were the sky gods’ messengers and many place names were the results of supernatural encounters, while so called civilized peoples referred to these as superstitions. Highlanders, much like the Indians, believed that the land had a kinship and as a result required proper care of the fields and pasture lands.

The Highlanders had no trouble adapting to the idea of clan ownership. The clan system was strong in the old country where they clustered together in settlements and shared crops and land in common. It wasn’t until the late eighteenth and nineteenth centuries that some felt this system to be an impediment to progress. Then the communal system of farming ended, and common lands were charged rental fees for use of the properties. Another reason to migrate.

The clan systems of the Highlanders were different from the Indians in that Highlander clans derive their relationships from the same patriarchal surnamed ancestor. The Cherokee and Creek lines are traced through their women, or are matriarchal, where the surname is inconsequential. It wasn’t until the Europeans intermarried with the Indians that the male surname became more important than the female Indian lines. This causes major problems when trying to trace your Native American Ancestry through either the Creek or Cherokee ancestors. For many the Native American clan system
died out in about 1750’s. It is only through family stories that many today know their
Indian clan.   ACLM