History of Indian Georgia – Missions Amongst the Native Americans 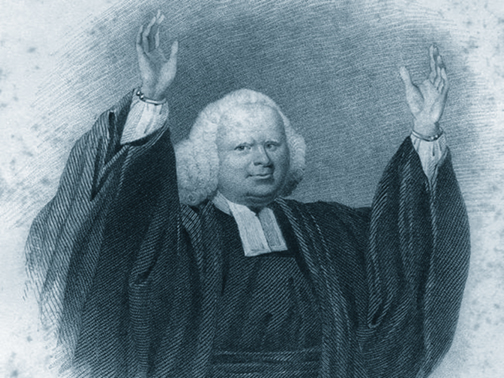 In 1735 the Wesley brothers and evangelist George Whitefield sailed to the colony of Georgia, where they served in various capacities. Charles Wesley served as secretary to James Edward Oglethorpe and as chaplain at Fort Frederica on St. Simons Island, while John Wesley served as Anglican rector to the colony. Whitefield was an itinerant evangelist. During their time in Georgia, the three men came in contact with the Moravians, who had also arrived in the colony in 1735.

The Moravians had formulated in 1457 and were of Bohemian origins, in what was considered the Czech Republic and not German as some consider them, although most of their records are in German. In 1547 they suffered severe persecution and migrated to Poland. They found religious persecution similar to all Christians across Europe. In 1735 they came to the Georgian Colonies, as part of General Oglethorpe’s philanthropic promotions for the welfare and humanitarian aspects of the Natives. Ups and downs in their history they found themselves in Pennsylvania by 1741 working with the evangelist George Whitefield. Their missionary efforts spread to New York, New Jersey, and Maryland.

Around the same time, they established missions amongst the Native Americans, especially here in Georgia. Given permission to live amongst the Cherokees at Spring Place near Chatsworth in 1801, Chief Joe Vann insisted that they teach the arts of “civilization” by teaching useful skills such as weaving, sewing, farming. He was adamant though, that they do not try to convert the Cherokee to the religion.

In 1737 the Wesley brothers left Georgia under difficult circumstances and returned to England. After attending a Moravian meeting in London on May 24, 1738, John Wesley recorded in his journal, “I felt my heart strangely warmed. I felt that I did trust in Christ, Christ alone for salvation, and an assurance was given me, that he had taken away my sins.” This affirmation of salvation by faith alone became the foundation of future Methodist teaching.

As Wesley began to foster the growth of Methodism in England, the Methodist movement in America also grew over the next several decades, partly through the persistent evangelical efforts of Whitefield. The Methodist Episcopal Church, the supreme legislative body of the Methodist denomination in America, was formally organized at a meeting known as the “Christmas Conference,” which was held from December 24, 1784, through January 2, 1785, in Baltimore, Maryland. Thomas Coke and Francis Asbury were ordained as bishops during the conference to organize the work of the Methodist Church in the United States.

The formal introduction of Methodism into Georgia occurred when Coke and Asbury assigned Beverly Allen to Georgia in 1785. Allen was an itinerant minister who had been elected elder at the Christmas Conference and ordained a year later. In 1786 Thomas Humphries and John Major, both of the Virginia Conference, were sent as missionaries to Georgia. Bishop Asbury held the denomination’s first annual conference in Georgia on April 9, 1788, at the fork of the Broad River, about twenty-one miles southeast of Elberton. Ten people were present, including Hope Hull, who was later recognized as the father of Georgia Methodism. In 1790 John Andrew of St. John Parish (later Liberty County), the father of Methodist bishop James Osgood Andrew, became the first native-born Georgian ordained as a Methodist preacher. The Georgia Conference reported 2,294 members in 1790 which included many Indians.  ACLM