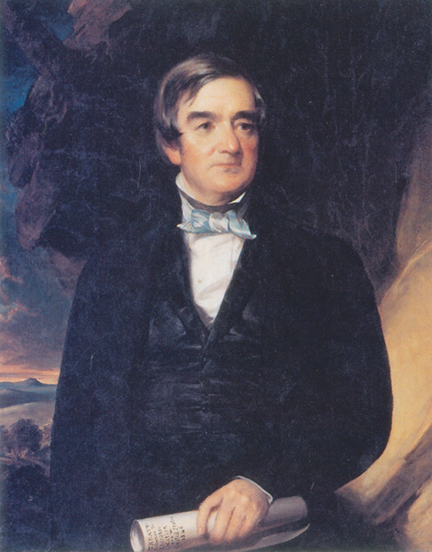 The lands of the Cherokee once had spread from the Ohio River Valley and down to middle Georgia in the early part of the 18th century. The tribes allowed for lands to be utilized for hunting in Georgia, although the British had taken much of their lands through faulty trade and treaty agreements. They asked for the Cherokees and Creeks to side with them in the war against the colonies and promised to return all their lands.
The Continental Army in 1775-78 was made up of eleven of the thirteen colonies under the guidance of General George Washington. The results of the Revolutionary War left the Cherokees, Creeks and Shawnee without any land having sided with the British and the Georgia Territory. General Washington and secretary of war Henry Knox determined that the Georgia Territory would serve as the location for the tribes to locate their new home.
Major Ridge met John Ross (1790-1866) and the two men were very much opposites. The much older Ridge was a tall, dark skinned broad-shouldered muscular man. When he met the whiteness of Ross, who spoke not a word of Cherokee, Ridge thought him an oddity. Ross’s Cherokee name was Guwisguwi or other spellings, meaning “mysterious little white bird.” Like Ridge, Ross served under Andrew Jackson during the War of 1812 against the British and other tribal factions. Ross hired a mixed blood Cherokee by the name of John Spears to help him translate the Cherokee language. On their trips around the Southeastern country, he had a Spanish man-servant named Peter Esquebel. A full blood Cherokee named Kalsatie also was in attendance. Ross was only 23 when he was made adjutant or staff officer under Captain Sekokee, a Cherokee who spoke both English
and Cherokee.
Ross was the son of a Scottish father Daniel Ross and mother Mollie was a part Cherokee and Scottish woman of the Bird Clan. Because his mother was Cherokee, he was considered a tribal member, even though only one-eighth blood. He was born in Turkeytown Alabama, educated in Tennessee, and ran a trading post in Chickamauga area. A blue-eyed, debonair gentleman, Ross could have passed more as a Scottish planter, than a Cherokee leader. He lived in his grandfather’s cabin at one time, located in what later was named Rossville, GA. The cabin still stands. He developed a keen interest in tribal politics and was mentored by Chiefs Pathkiller, Charles Hicks, and Major Ridge. He found himself being part of the Cherokee delegation to Washington DC, to negotiate the issues of white intrusion into the lands the Cherokee had been given sovereignty in the Georgia Territory. He rejected monetary offers to move his people to the western Indian lands beyond the Mississippi River.
After both Pathkiller and Hicks passed in 1827, making Ross and Ridge interim co-chiefs of the Cherokees. Ross was the first elected Chief in 1828 and was head of the National Party, a position he held until his death in 1866. Ross believed that resistance to the removal was the only way to save face. Division arose when Ridge formed the “Treaty Party”, believing that opposition to the Georgia government would be futile and removal was the only viable way to save the Cherokee. Ridge was one of several who signed the Treaty of New Echota on December 19, 1835, consenting to remove by 1838. He told his followers he had just signed his death warrant. Once the Treaty Party members settled into Indian Territory, built homes and planted crops, several National Party members converged upon the Ridge and Watie families along with many others for their assassination in June of 1839.
Ross was married twice, first to Elizabeth “Quatie” Brown Henley 1790-1839, she was a widow with one child, after she married Ross, they had five more children. She died along the Trail of Tears, in Arkansas. His second wife was Mary Brian Stapler 1826-1865, they had two children. Ross conceded eventually that his people must remove west. ACLM