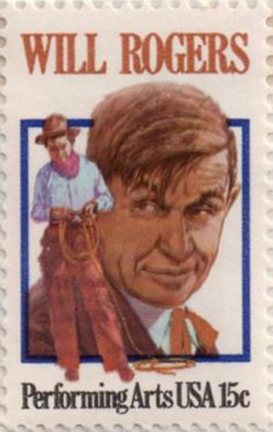 John Rogers, Sr. was born about 1755 in Scotland and died about 1826 in Indian Territory, Oklahoma. He had served as a Tory Captain under Captain John Stuart in the Revolutionary War and carried the title of Captain from then on. His nickname was “Hellfire Jack” because of a sharp temper. The Cherokee adopted him because of his strong negotiation skills and his love for the real people. He was often a delegate/councilman for the Cherokee to proceedings in Washington DC. He is considered to be the patriarch of most all of the Cherokee Rogers line. In 1818 he and his family lived at Ross’ Landing on the Tennessee River near Lookout Mountain. They also had a home on the Hiwassee River.

As previously written in an article about the Scotch-Irish, a description of these people details their character as very adaptable to the Indian tribal culture. There is a parallel nature between the Indian culture and the highlander’s complexity with few differences. He loved to entertain and would have as many as 200 guests to one of his events.

His first wife was Elizabeth Emory (1750-1782), he was her third husband. She was the daughter of Col. William Fawling Emory (also seen as Hembree) and a Cherokee Woman named Mary Susannah Grant of the Long Hair Clan. Her other two husbands were Col. Ezekiel L. Buffington and Robert Due. From this first marriage came three Cherokee Chiefs – John Rogers, Jr. also known as “Nolichucky Jack”; William Charles Rogers, Charles Coody Rogers who was also a judge and was married to Nancy Ward’s granddaughter Rachel Hughes. Daughters Arkansas and Nannie.

Rogers second wife was his stepdaughter Jennie Due. Children: Anne, Joseph, William, Susannah and Dianna/Tiana who married among others Sam Houston.

His third wife was Alsey Vann. Their daughter Polly Ann married into the Cherokee Dawson Family of Oklahoma.

There was another Cherokee Chief named James Rogers who is also known to be John’s son. We must remember that townships all had minor chiefs who could be considered to be like a mayor is today.

Rogers left Georgia Indian Territory prior to the forced removal in about 1818 and settled near Big Mulberry Bend near today’s Ft. Smith,  Arkansas. They left the Lookout Mountain area and traveled by a keel boat with 31 others.

Several articles found also in some history books seem to have this John Rogers and about six others confused and the stories of the wives and children are also mixed up. Trace down through the family lines and you come to Will Rogers, Oklahoma’s son, comedian, author, and humorist. His father was listed at one time as Clement Rogers who was the son of John and Alsey Vann Rogers. However, a book written by Richard M. Ketchum claims to be the official life and times of Will Rogers, states his parents were Robert Rogers, a white man, and his Cherokee wife Sallie. Truth is far from fiction and perhaps can only be found in family.

Perhaps the confusion lies in the multiple marriages of not just John Hellfire Rogers but his children as well.   ACLM