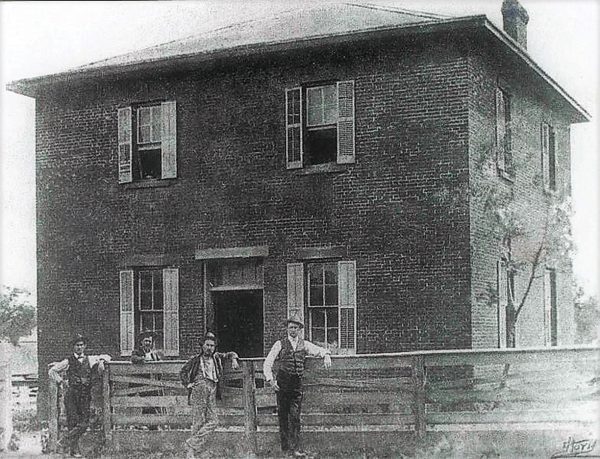 John Martin 1784-1840 was General Joseph Martin’s nephew. His father was Joseph’s brother John. John was a white Virginia trader. Joseph was appointed the first Indian agent after the Revolutionary War in 1775, serving in both Virginia and NC. John Martin had been reared (although books say raised, granny always said you rear children and raise cotton), in the Tugaloo River Valley between Georgia and South Carolina. When his father died, he inherited a number of slaves and property that was on the wrong side of the Chattahoochee River in Georgia – wrong side meaning it wasn’t in the territory declared by George Washington and Henry Knox after the Revolution to be Cherokee Nation of Georgia. He was granted 640 acres on the east side of the river, when he refused to move. About four years later, after continued harassment, he moved to the other side of river and was one of the few lucky ones to have sold his property instead of having it confiscated. He had been a member of the Cherokee delegation to Washington, DC in 1818 and signer of one of the treaties in 1819.

Some researches just assumed since the last names were the same that General Joseph was John’s father. It wasn’t until they figured out who his mother was that they learned it was John “Jack” Martin. His mother was Susannah Emory 1751-1839, a quarter blood Cherokee who had been reared in the Cherokee Nation. Her parents were William Emory who had been born in England and died in South Carolina 1726-1770 and Mary Grant 1729-1766. Mary’s father was Ludovic Grant who was born in Scotland and died in South Carolina. Mary’s mother was full blood Cherokee Elizabeth Eughioote Coody Corntassel.

John “Jack” Martin was Susannah’s third husband. Her first two husbands were John Stuart and Richard Fields. With John Stuart she had one son John Bushyhead Stuart. There seems to be contention that there possibly was two Susannah Emorys. Some of the Tennessee historical records state that John Martin’s mother never had a son named Bushyhead. She had four or five sons with Richard Fields; John Fox, Richard, George, Thomas and Turtle (who became a minister). With Jack Martin she had one son John (known later as Judge John) and three daughters Lucy, Nancy and Rachel. As often happens there are numerous inconsistencies of history and heritage on the Internet. You can’t even trust books written about some of these genealogical variables. The information here was gathered from descendants and is correct as far as is known.

John married two Cherokee sisters Lucy in 1807 and Eleanor McDaniel in1810. After repeated harassment by the Georgia Militia at his home on the Coosawattee River he moved in 1836 to Red Hill Valley in Tennessee before totally moving his family to Oklahoma in 1839. He was described as having curly blond hair and blue eyes and could have easily passed for white. He was highly educated in the ways of the Cherokee, had no formal training in the law, but was one of the first men to be appointed to serve as Judge in the Cherokee Tribal Court System established in 1822. The title of judge stuck with him for the rest of his days. He was elected as the first chief justice in the 1839 Indian Territory West and served until his death in 1840.

He had fathered seven (some say eight) children with each of his wives. Polygamy was common among the Indians of the 19th century, especially those who had chosen not to become Christians.  ACLM