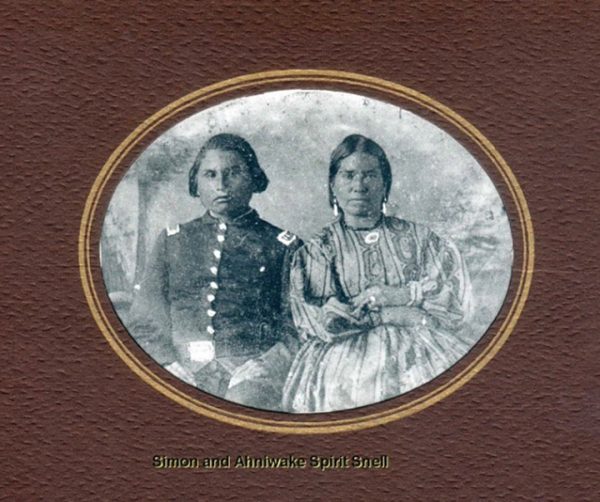 We don’t often think about the place names of towns that are around us, nor realize how they got their names or that they could have been named for a person. Often, if  we don’t know the significance to start with, politics intervene and the place gets renamed. Smyrna, Georgia, a non-denominational religious campground built shortly after the 1832 land lottery, was named as such after a town in Turkey named by the Apostle Paul in the first century AD. Today that town is modern day Izmir. The new Smyrna, Georgia however, already had a name, Buffalofish Town.

During the 1930’s all of the counties of Georgia received a mandate from one of the governors to write their county’s history. The pleasure was bestowed upon several authors and contributors to the project, with the history of Cobb County to be written by Sarah Gober Temple. She based her information on the writings of George White’s Historical Collections of Georgia written in 1849-51. In Ms. Temple’s version, Buffalofish Town, mentioned only briefly, and according to White’s statements, was known as Varner’s Station approximately 16 miles southwest of Marietta and had several other names over time including Ruff’s Station.

The Battle of Smyrna Campground and the Battle of Ruff’s Mill were two of the Civil War Battles fought on those grounds in 1864. Many of the homes and businesses were burned by Sherman’s troops along with a covered bridge that was rebuilt after the war.

Historical records tell of the dispute between Creek and Cherokee Indians and the state of Georgia as early as 1802. Tradition says that the Cherokees had won the plot of land on the Chattahoochee River’s Southeastern side in a ball-play or stick-ball game. Often referred to as being somewhat like lacrosse, the ball was similar to a hacky sack and traditionally made of a nut or stone wrapped with thin strips of deer hide. The “sticks” were about two feet long with strips of hide intertwined to form a net.

It wasn’t long after that ball-play, that the state of Georgia realigned where the boundaries of the Cherokee Nation East and pushed those Cherokees living near the Shallow Ford on the Chattahoochee River’s Southeastern side to the Northern side of the river further and into what became known as Cobb County in 1830-32. The government had gotten nervous about how many whites might be living in this Georgia Indian Territory and began making yearly reports in about 1827. These reports detailed who the leaders of the Cherokees were, if any whites were married to these Cherokees, and were there any mixed blood children. Yearly censuses were taken shortly thereafter until the 1838 removal was completed.

Historical records show that whenever there were a group of Indians on the wrong side of the river, they were made to move onto the legal side and their property confiscated to be used by “the citizens of Georgia.” This information was detailed in records for the losses incurred by the Cherokees in 1842 after they were removed to Arkansas and Oklahoma Indian Territory.

Buffalo Fish and his family moved to Floyd county where they were found in the 1835 census. The census details in brief that there were ten full bloods (of which two were farmers), 2 slaves, three weavers and two spinners (language used to describe the women). Buffalo Fish is listed along with several other family members living on the Etowah River. There were possibly six sons and at least three daughters. Two of his many sons are listed, one as “Crying Snake” and the other as “The Spirit.” Improvements to the town detailed in the census made claims to what became known as Dykes Bend in about 1836.

Other place names that you might not think to be names of people were Doublehead, Soap, Sequoyah, Sweetwater, Proctor, Fourkiller
(or Foekiller) and many more which became names of townships, creeks, schools and roadways.  ACLM