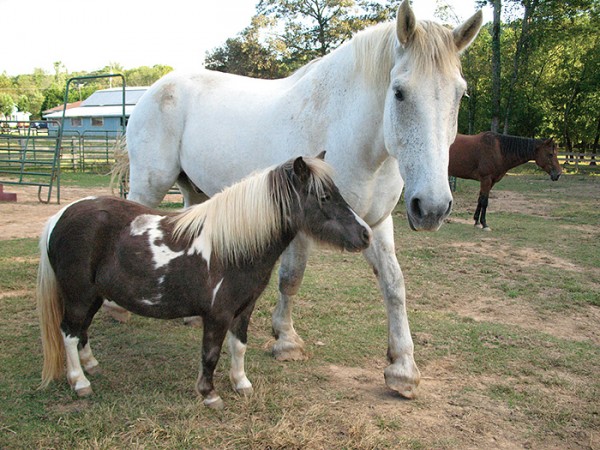 From near slaughter, and various forms of abuse, to living out full lives, horses, mini-horses, donkeys, burros, and mules find loving, adoptive homes with people who care. This rescue is happening in north Georgia through the untiring efforts of Equine Advocates of North Georgia, Inc. (EANG), established in 2010, as a charitable non-profit 501c3.

Stories abundant with anguish tell the history of these beautiful creatures before their rescue by EANG. Have you ever heard of a Premarin Farm? This secretive industry is mostly located in Canada. Premarin is the commercial name for a compound drug consisting of conjugated estrogens made from pregnant mares urine (prescribed for women to relieve menopausal symptoms—and there are synthetics that are not associated with this cruel industry). The foals are unwanted by products that are sold for meat exported to such countries as Belgium, France, Japan and elsewhere.

Fantastic love stories happen because of EANG’s efforts. One such story is this: at six months of age, rescue came to Sweet Georgia Brown, a Belgium Cross (Draft horse and thoroughbred) and 63 other foals, slated for slaughter, which were saved by outbidding meat packing companies in Manitoba, Canada. With tender loving care (TLC), she was placed in a paddock with an older, gentle horse until she was old enough to be turned out with other horses. She became a grand-champion jumper in Georgia.

Equine Advocates of North  Georgia advocates for stricter horse protection laws such as the following three of many others (1) Humane Care for equines act code 1981 4-13-1 enforcement, (2) federal law enforcement of 9CFR commercial transportation of Equines to Slaughter, (3) The wild and free-roaming horses and burros act of 1972 enforcement. Such laws help prevent stories like Sweet Georgia Brown’s–and that of Chief, who today is happy living in Ball Ground on pastureland. The 13-year old Appaloosa suffered from osteoarthritis in fetlock and pastern joints, three-legged lame. After investigation for cruelty by the Department of Agriculture, Chief also found rescue with EANG.

To see the before and after photos of these abused, neglected, and unwanted horses is amazing. TLC is the major ingredient in their recovery. But often it also takes thousands of dollars for major surgery to help them, as with Chief. The donations of caring citizens of Georgia help make rescue for them possible. All the rehabilitation work is done at the rescue farm, 2260 Flatbottom Road, in Ball Ground.

Equine Advocates of North  Georgia provides a six-fold protection for equines: rescue, rehab, sanctuary, advocacy, adoption, and education. Lynley Edwards, who works full-time as a paralegal and is founder of the 100-percent volunteer efforts of EANG notes, “We work on advocating with our local congressmen for stonger equine protection laws. We have several compassionate vets and farriers who help with the horses.” She tells that each week feed, hay and medical supplies must be purchased. “We do ongoing fundraisers to pay for these necessities.”

Exceptionally rewarding experiences for Edwards is that two of her adoptive horses have been placed in adoptive homes with handicapped children, “It’s made a positive difference with each child.” In addition, “And a photo, featuring two of our horses, was selected by movie critics for the film Saving America’s Horses: A Nation Betrayed (released November 2012). EANG helped to raise funds for the theatrical release of the movie.

Further, Edwards explains, “The adoption process involves completing a two-page adoption contract, and passing a site inspection. We post adoptable horses on our Facebook page, and network with other rescues to match the horse with the best person.”

Edwards says that the EANG Board of Directors consists entirely of licensed practicing attorneys. “At the current time, EANG is working on two undercover investigations with a national animal welfare organization. Once exposed, we hope this work will bring forth some positive change with accountability to those who violate the laws to protect our equine friends—and bringing the violators to justice. Positive change is educating the general public what to do and who to contact if they witness abuse, neglect or starvation,” she notes. With emphasis, she points to the words of Gandhi, who said, “The greatness of a nation can be judged by the way its animals are treated.”

The needs of EANG are great, and for those who respond to them Edwards gives thanks on behalf of these animals who have no voice with which to speak.

HOW CAN YOU HELP?

Call toll free 1-800-976-9192 whenever you see any abuse or neglect—all information is confidential.

Write to your congressman or congresswoman and ask them to support the SAFE (Safeguard American Food Exports) Act H. R.1094. This bill, if passed will stop the exportation of American horses for slaughter.

Shop on Amazon and select us as your favorite charity. Amazon will donate 0.5% of the purchase price.

Hold a fundraiser for EANG’s cause!!

Editor’s Note: The horses pictured here are special needs due to their medical conditions and are considered “sanctuary animals.” For current adoptions simply like and visit the EANG Facebook page regularly. And PLEASE consider adoption as your first option, thanks.