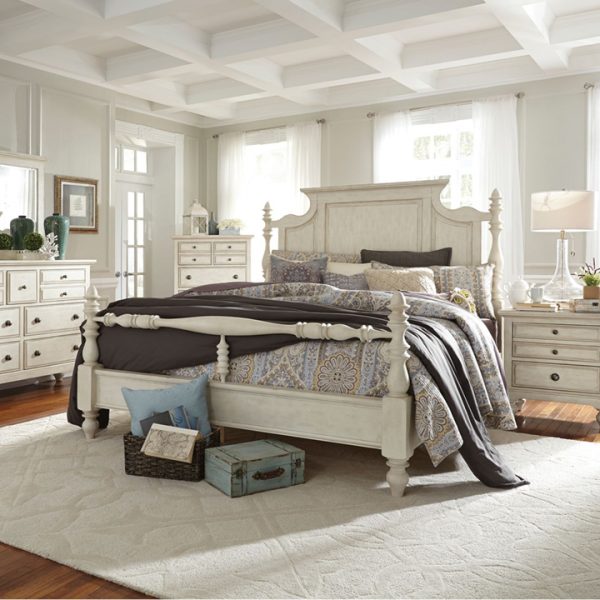 While the Cherokee knew of the rich deposits beneath the Ducktown Basin- and had actually smelted copper from the Basin- their removal in 1838- opened the area for white settlement and copper mining speculators. With the formation of the new Occoee District, discovery of copper became official in 1843. This spurred a copper rush to the Basin bringing a booming commerce to Ducktown, TN and the joint towns of Copperhill, TN and McCaysville, GA. Capitalizing on this boom Luther Abernathy opened a second location of Abernathy and Center Mercantile Business in Copperhill, TN selling a variety of merchandise ranging from nails and other hardware to furniture and coffins.

Modern-Day America can be described as a land that is always changing; a land that sees new innovations and ideas pop up on what seems to be a daily basis. Those innovations and ideas are part of what makes living in the United States so great. Indeed, there is always an opportunity to further oneself, so long as that person is willing to work hard to achieve what they desire.

While it’s true that we live in an ever-changing nation, there is one constant that acts as the backbone of America, and that backbone is small business.

Small businesses are the operating system behind free enterprise, and are described by some as the brains behind the modern-day innovations that we have come to love so much. They embody Americana, and are vital in keeping small and large communities alive.

Abernathy’s Furniture, located a little over an
hour outside of Atlanta, Georgia in the heart of the Blue Ridge Mountains, is the embodiment of one such business.

Their story starts in the late 1800s, when a man named George Abernathy began selling Singer sewing machines to farmers in Bear Paw, North Carolina. It quickly became evident to Mr. Abernathy that there was a need for a local commissary, and as such opened his establishment in Farner, Tennessee. After several successful years, George met a gentleman named Carl Center, and formed a business partnership that would see them open the Abernathy and Center Mercantile Business in Ducktown, Tennessee primarily. Though Abernathy and Center experienced success, in this location, it wasn’t until George died that his son Luther Abernathy followed in his footsteps with Mr. Center opening a secondary store in the more established town of Copperhill, Tennessee. During Luther’s time in Copperhill, he created two business slogans: “Coffins, Caskets, and Dynamite,” and “You Marry the Girl, We’ll Furnish the Home”. The second slogan, “You Marry the Girl, We’ll Furnish the Home,” is the most well-known to our community and still stands today as the slogan for Abernathy’s Complete Home Furnishings.

Hard times fell on the Copperhill facility in 1925, as the great depression was in full swing and the facility was damaged by an arsonist. Ever the entrepreneur, Luther pushed through the difficulty and relocated his business to Abernathy’s current location in Blue Ridge. After relocating, Luther decided to focus his attention on selling only furniture and hardware.

After his passing in 1949, Luther’s wife Elizabeth began running day-to-day operations. Elizabeth’s time overseeing the store was fraught with similar hardships that Luther had to endure, having to remodel the store after it was partially torn down in the 1950s. To make matters worse, Abernathy’s was the victim of another attempted arson attack in 1973. Thankfully, the local community came together to show support, and helped save a portion of the business by putting out the fire.

Retiring years later, Elizabeth left her son, Carl Edd Abernathy, in charge as the sole proprietor. Carl Edd played a crucial role in the early expansion of the business however in 1984 he sold out to a local entrepreneur named Wayne Queen and his wife Diane. It was under Mr. Queen’s management that Abernathy’s Furniture has added an additional 14,000 sq. ft. of showroom, a 2400 sq. ft. office building and over 16,000 sq. ft. of warehouse facilities. In 2006, Wayne retired putting the business in the hands of his children, who continue to manage the store to this day under the same name which has stood in the community for over 12 decades.

Over the last 131 years, Abernathy’s has become one of the most recognizable businesses in North Georgia, having experienced increased success with each decade that has passed.

The story of Abernathy’s Complete Home Furnishings epitomizes the American Dream, and stands as a testament to hard work and the dedication its owners have to the community in which it resides.  ACLM